Deck of Wonders - All Revealed Villains

We're 1 week into the launch of Deck of Wonders, and it's been a wild ride! The amazing community that's popped up around the game has done a ton to share it with others, which means we've revealed a ton of awesome art! Below are the Villains that have been revealed so far in the campaign, with some story around each one!

If this piques your interest, check out our campaign on Kickstarter! Also, check out our Community Art Challenge if you'd like to see more art, contribute your own, and potentially win a FREE copy of Deck of Wonders! 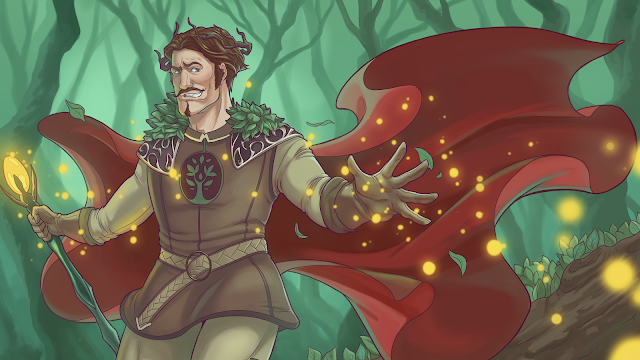 Cullin is the pompus ruler of a woodland realm, and believes he is favored by Fate and entitled to her attention. (In reality she doesn't give a crap about Cullin, he just has rich parents and had everything handed to him.) His incompetence has put his woodland realm in decline, but instead of taking responsibility he blames it on the fact that Fate seems to be focusing her attention on you and not him (nevermind the fact that it's negative attention). He's rallied the denizens of his woodland realm to take the Deck of Wonders from you, though most of them secretly love seeing him in such a tizzy!

Cullin prefers to order his minions around, but is impatient and easy to provoke. Be careful, though: there's a reason everyone walks on eggshells around him. 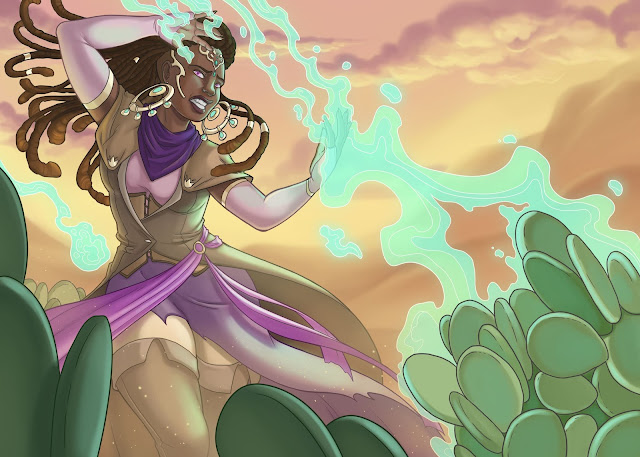 Aurora can feel and shape the emotions of those around her at all times, whether she wants to or not. The constant bombardment of emotion keeps her on the razors edge of insanity. She worships Fate as the source of all joy and suffering, and feels Fate’s emotions strongest of all. Aurora’s only thought is to make you pay for how you’ve grieved Fate.

Aurora is hyper-aggressive, and she's even willing to hurt herself to get at you. Brace yourself for a relentless assault with plenty of collateral damage. 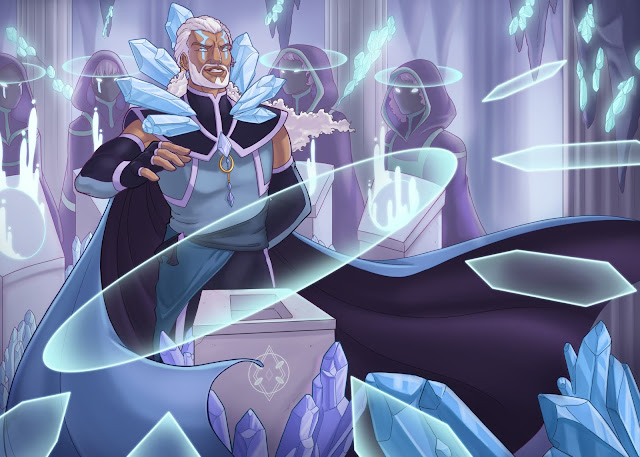 Not exactly what you'd expect from an evil, mind-controlling sorcerer, eh? You'll soon learn that nothing about Byzantus is as it seems. Byzantus has hewn his fortress out of a harrowing mountainside. Many secret caves pierce the mountain range it's in, with veins of magical crystals running throughout. It is as awe inspiring to look out from these peaks as it is to look up at them, but here the most beautiful day can turn into an icy storm in an instant. Legend has it that these mountains are one of the few places in the world where Fate's gaze is not all-seeing.

Of note: your battle against Byzantus will NOT be a one-on-one. The shadowy figures behind him will play a central role: more so than any minion has before! That's the least of what makes Byzantus different from other Villains, but I don't want to spoil all the surprises...