June 11, 2020
I just finished XCOM: Chimera Squad last night, and I can't say enough good things about the game! The way it plays with the core XCOM formula feels almost sacrilegious at first, but the game does a great job capitalizing on all the new opportunities created by those changes.
Believe it or not, XCOM is a huge design inspiration for Deck of Wonders. 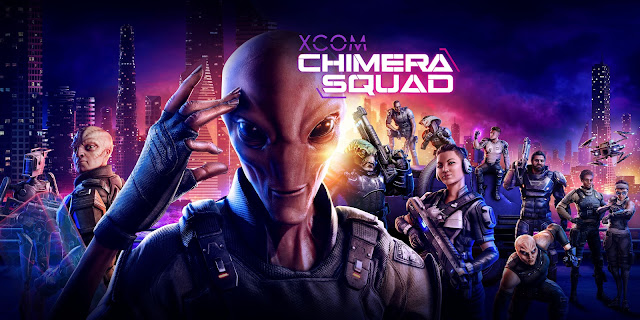 Now I know a turn based strategy video game and a solitaire expandable card game seem worlds apart, but what I take inspiration from is XCOM's approach to difficulty. Jake Solomon, Creative Director and Design Lead for XCOM, once described the series as "an unfeeling collection of systems," and that's a fantastic encapsulation of why I love it. Unlike so many other "difficult" games, XCOM isn't trying to make you fail. It's certainly not trying to make you win, either, but is simply enforcing the rules of its various systems with ruthless indifference. It's up to you, the player, to navigate those systems to achieve your goals.
This means that XCOM is more than happy to let you dash yourself upon the rocks, and I LOVE it for that! Don't get me wrong: a game thumbing the scales towards success (e.g. highlighting the critical path when you're stuck) or failure (e.g. rubber-banding in a racing game) can be totally appropriate, but the intentional choice to prioritize the integrity of a game's systems above the player's success or failure gives rise to a brand of difficulty that I find incredibly fun and satisfying. Yes, those systems will crush you if you don't respect them. Yes, that can be frustrating. But a victory won by mastering those systems is that much more rewarding! You didn't win because it was in the script; you earned it.
That brings me to my approach to difficulty in Deck of Wonders, and specifically to card draw.
I want Deck of Wonders to feel like you're out-playing an objectively more powerful opponent, scrapping your way to victory with limited resources but unlimited creativity. There are plenty of ways you could make the player feel this way--you could artificially restrict them early on (thumbing the scale towards failure) or build in powerful catchup mechanics (thumbing the scale towards success)--but inspired by XCOM, I wanted that feeling to truly come from mastering the game's systems. And you can't allow for true mastery of a system without the chance that the system will master you!
In Deck of Wonders, you start with a hand of 4 cards, and you draw just 1 card each turn. This means it's easy to run out of cards in your hand, especially when some more powerful cards require you to discard. A player who doesn't respect that system will quickly find themselves out of cards and at the mercy of Fate.
This creates scenarios where the right choice is to play nothing, take your licks, and wait for a better moment to strike. It can be frustrating for a player who hasn't mastered the system yet: shouldn't playing more cards always be better?! I was talking about this with Mike from One Stop Co-op Shop, and he pointed out many recent expandable card games use a "draw up" system that fills your hand at the start of each turn. All your thought can go towards how to use your cards rather than weather or not you should. Now, a system like that can still create a great experience, but it removes a layer of mastery. To me, the potential to mismanage your hand across turns also creates the satisfaction of doing it well.
That's why I've stuck with a one-card-a-turn system for Deck of Wonders, and why I've balanced the game to force hard choices on when and how to use those cards. You might find yourself helpless and top-decking if you're not careful, but when you manage your hand to victory, it will feel that much more sweet!
Click here to back Deck of Wonders on Kickstarter!