Ahead of Origins Online, I've been thinking about the origins of Deck of Wonders... which were actually at Gen Con! Below is a blog I wrote about a year ago that tells the story. Enjoy!

Months ago I booked tickets to see one of these podcasts live in Indianapolis. What I didn’t realize at the time was that they were doing a show in Indy because Gen Con (one of the largest board game conferences in the world) was in Indy. Gen Con is a hotspot for learning about new and exciting games, and I eventually realized that, if I was going to Gen Con, and if I’d invented a card game, I would be insane if I didn’t at least try to demo the game while there.

This realization was all of one week before the convention.

The barriers to doing this were humongous. My card game (Deck of Wonders) didn’t actually have cards. I’d been using standard playing cards and a “translation sheet” to indicate what they would actually be in the final game. This works great when prototyping in your living room, but it’s hardly something you can demo to strangers. On top of that, exhibitor registration for Gen Con was closed. Even if I had a the game ready to show, the convention wasn’t accepting new entries.

I took this as a golden opportunity to apply the principles and approaches I've learned in the world of entrepreneurial consulting.

Principle 1: Ask “What Needs to be True”

With all booths taken and registration closed, there simply wasn’t a way to get into the convention as an exhibitor. So I asked myself: what would need to be true to show off my game at Gen Con without a booth? What was the most important part of being at Gen Con for my goals? Was being an exhibitor necessary, or was it more important just to be around all the people there to see new games?

After some thought, I called up the Starbucks across the street from the convention center. They were perfectly happy to have me post up at one of their tables during the convention (provided I was buying coffee, of course)! By challenging the assumption of what it meant to be “at” the convention, I was able to set up shop in a highly-trafficked area for the price of a drip coffee.

Even with a “booth”, however, I still didn’t have anything to show people. Going from a “translation sheet” to a final game in a week felt completely overwhelming, so again I asked: what really needs to be true to demo a playable game at Gen Con? Thinking through that lens, many of the most intimidating parts of the prototype–card art, packaging, etc–weren’t really necessary. I really only needed enough cards to put together a prototype that showed off the core concept and mechanics.

With that in mind, I designed a series of “wireframe” cards with basic shapes and text in Powerpoint. They represented only about 20% of what would be in the final game, but they were a complete and playable game on their own. I printed my first prototype of Deck of Wonders literally 1 day before I left for Gen Con. 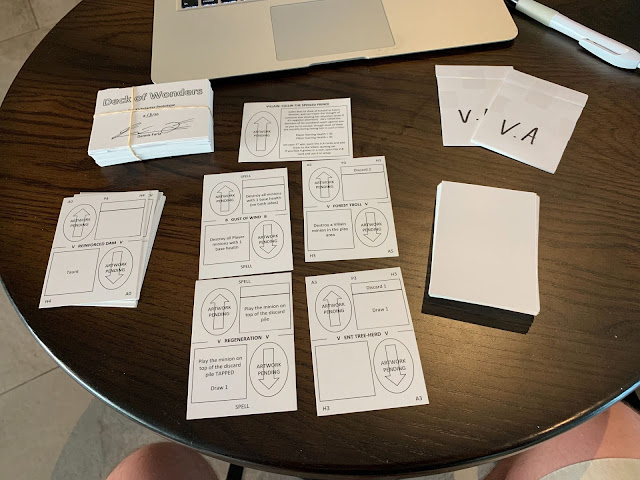 Before heading out, I sat down and wrote out my critical assumptions about the Deck of Wonders prototype, chose key metrics associated with those assumptions, and set clear goals for each metric.

To track these assumptions, I set up a simple tally system to track how many people I talked to, what they thought of the game, and whether or not they gave me their email or bought a prototype. I spent some time practicing my demo the night before, and then headed out bright and early the first morning of Gen Con. It was time to get some in-the-wild learning about Deck of Wonders!

The Starbucks was as full as I’d hoped it would be, and there was already a small army of Gen Con attendees waiting for their coffee. I’m normally very extroverted and comfortable talking to strangers, but my heart was pounding out of my chest as I sat down and set out Deck of Wonders. Everything I’d done up to this point had been comfortably theoretical, and talking to my first stranger felt like a big step. I had practiced. I was excited. I had a plan. But nothing could have prepared me for the giant wave of shame I felt the first time I said “Hi, would you mind giving some feedback on a card game I’m designing?”

It had nothing to do with the person’s reaction, or with any other external factor. I had revealed a fixed-mindset belief about myself that I didn’t know I had. “You’re not really a designer,” it said, “you have no right to be out here doing this.” That thought was loud enough to make it hard for me to finish the conversation, even though I should know better.

It was a literal godsend that just a few minutes later, I received this email newsletter from Jake Knapp, the author of Sprint. It’s about how the defining characteristic of any designer (and entrepreneur) is that they’re out there doing it. The curiosity, motivation, and vulnerability it takes to get into the arena in the first place are also the measuring sticks of how much right a designer or entrepreneur has to be there. I have a newfound respect for any person that puts their personal work out there for feedback, especially when they know it’s still rough or not completely finished.

With that inspiration in mind, I dove whole-heartedly into demoing the game. Each time it got easier to do, and it helped that the feedback on Deck of Wonders was overwhelmingly positive! At the end of my first day, 95% of people said the concept was clear, 49% had signed up for emails, and 5% (two whole people!) had actually bought the prototype. 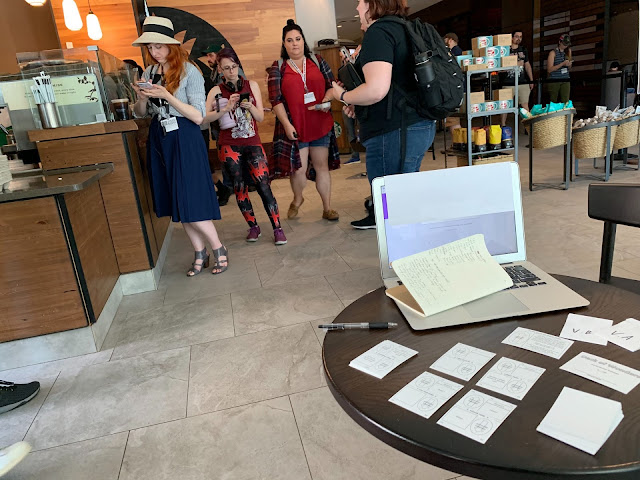 As I looked at my notes that night, I noticed that the two people who bought the game had both sat down to play it with me before buying. Since my original assumptions seemed to be on track, I formed a new one: if I allowed people to schedule a time to play (versus trying to cram it in while they waited for coffee), they would be more likely to play (and buy). I made a signup sheet for scheduled playtimes, as well as refining the demo overall to be less research oriented and more sales oriented.

Day two was full of more great conversations and feedback. Interestingly, playing the game didn’t seem to be as important as I thought. Not a single person took advantage of scheduled play times, and several people bought the game without asking to play it first. It seemed that wanting to play the game operated more as a function of deciding to buy it then a key factor in making that decision. I threw away my day two assumption and set a new experiment for day three.

This time, my assumption was proven right! Just mentioning that I was collecting emails at the beginning of the demo increased sign-ups by 85% vs day two. All told for my time at Gen Con: 84% of people said the concept was clear, 61% signed up for emails, and 9% bought the prototype. These results give me more than enough confidence to push full steam ahead with turning the prototype of Deck of Wonders into a reality, and I am continuing to apply startup inspired principles to fuel my approach. 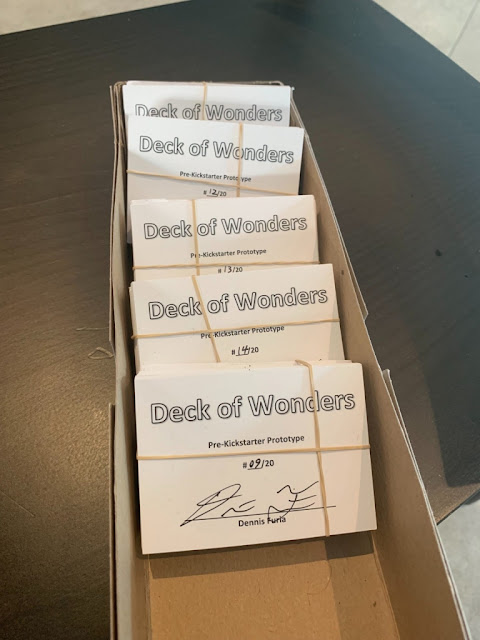